We’re stoked she’s an MC because she certainly has things to say, MC RoxXxan is the first of our #LOVENOTLABELS crew to spill all on her loves, the labels she’s been given and what she’s most proud of.

My name is RoxXxan, I’m from Birmingham, I live in London now trying to make a difference as a tomboy rapper.

By government standards it’s just one X but, I made it three because I came here alone from Birmingham with a suitcase - it stands for me, myself and I.

I was 21 and I interned at EMI, I was the one who made coffees. One day we were doing the Professor Green launch and he was taking ages to get to stage so I just jumped on and grabbed the mic and started rapping. Everyone was like ‘who is this girl from the office?’ it got me a record deal with them.

What was Pro Green’s reaction?

He was shocked like ‘whoa’ but then I ended up doing the official remix for ‘I need you tonight’, no regrets.

It’s literally my slogan, no fear, just go for it.

What does scare you?

Dumb stuff like sharks. Mice and rats. And, my mum. She’s my hero but she’s also the only opinion I really care about which makes her scary too.

What’s your connection to PRIDE and this collection?

I’m a gay rapper and a masculine woman, I’m trying to raise awareness of tomboy women like myself because nobody represents us in the industry.

So, what does it mean to be a tomboy?

It’s being a different kind of woman in society, but still a strong woman. For me being black and gay and masculine, society tries to tell me that I’m not beautiful. It’s just about giving confidence back to other girls like me.

What does it mean to be a woman?

To be myself, however I feel to be. I’m here trying to redefine femininity.

How are you celebrating PRIDE?

I have gigs in London, Manchester and Birmingham. I’ll also be dropping a project on my birthday, hopefully, called the ‘For Her’ project which is for every type of girl. In it I’m talking about my partners and everything; really open and honest. Alongside that there’s a track coming out called Masculine…

‘I sound too masculine, I don’t look like a woman when my plaits are in. It’s a stone-cold world, big backs are in. Everybody wanna match with Kim and I’m more like ASAP Rocky on a fashion ting.’

Love it, your music is YOU…

It’s literally so me, it’s going to offend some people, I think I intimidate people with the fact I’m so comfortable with who I am. That’s what’s in the lyrics.

What led you to self-acceptance?

Around five years ago, my then girlfriend was in the band Stooshe and they had an interview with the Metro. At the end of it the interviewer asked, are any of you in relationships? She said, ‘yeah, I’m seeing RoxXxan.’ They printed it the next day ‘MC ROXXXAN IS THE ONE FOR ME’. I woke up to 93 missed calls, my family didn’t know before that, it was how I came out and I got thrown in the deep end. After that, I did break down and it’s taken me this long to build myself up, but it’s the best thing that’s ever happened to me.

What do the slogans ‘Hearts Not Parts’ and ‘Love Not Labels’ mean to you?

I’m quite spiritual and I’m all about love, I believe we were put here to love and that should come without labels.

What’s your advice for anyone struggling to feel pride in themselves?

Be with the people and go to the places where you feel most comfortable and you will find yourself. Sounds like a cliché but you have to be around good energy, I found a second family in my friends who were just there to just accept me and lift me and I’d do anything for them in return.

You in three words?

Who do you love?

My girlfriend, my friends, my mum and just good spirits.

Is she the one?

She could be because she’s the only one to keep me on my toes.

Which colour of the rainbow are you? 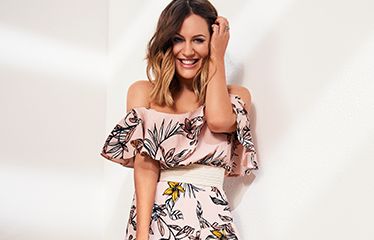 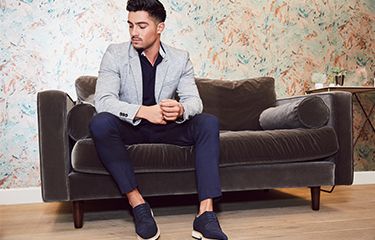